As soon as the two met, they were inseparable. They were kissing in a corner booth. They left the party together but got into separate cars.

The 'Machine Gun Preacher' was spotted kissing the beauty - who has modelled for Chanel and Dior - at the V magazine fashion party in the city in front of onlookers including Lindsay Lohan, Courtney Love and French Vogue editor Carine Roitfeld.

A source told the New York Post: "As soon as the two met, they were inseparable. They were kissing in a corner booth. They left the party together but got into separate cars."

The Scottish-born actor - who has had to call in extra security after receiving death threats over his latest movie - has previously been linked to Jennifer Aniston, Ashley Green and Jessica Biel.

Gerard and Nicole's passionate display wasn't the only drama at the party, however, troubled 'Mean Girls' star Lindsay shocked guests by throwing her drink at official photographer Jasper Rischen when he tried to take her picture although she narrowly missed him, hitting a cocktail waitress instead.

Although Lindsay refused to apologise, she was heard shouting at the waitress "Not you,ÃÂ him!"ÃÂ

Jasper tweeted: "Wow. Lindsay Lohan is as trashy as they always say. She threw drinks and glasses to me as we tried to take a shot for @vmagazine ****

"Sorry for the c-word. But I've never seen such a hostile group in a club before than Lindsay and her friends.

"I used to always like the girl, without having met, and thought the press overreacted. But she's simply looking for trouble (sic)" 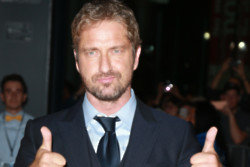 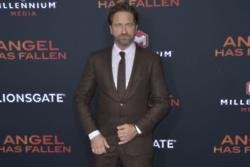