Joaquin Phoenix reportedly had a steamy on set affair with co-star Ginnifer Goodwin while filming the Johnny Cash biopic 'Walk the Line'. But the handsome method actor is said to have cruelly dumped the actress - who played his wife in the film - the day before their break-up scenePhoenix's spokeswoman, Susan Patricola, denied the affair took place, telling America's New York Post newspaper: "Can you have a romance without going on a date?" Meanwhile, Phoenix recently hinted he wanted to quit acting to find true love. The actor, who checked into rehab after finishing 'Walk The Line', revealed: "Getting into a character is very difficult for me because I step away from everything that makes me comfortable."I show up with nothing in a strange hotel room in a strange city I don't know anybody."I'd like a relationship - I've grown very tired of acting, the whole process, having to walk away from my life."It takes a lot out of me and I'm growing tired" 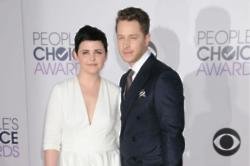 Ginnifer Goodwin and Josh Dallas leaving Once Upon A Time 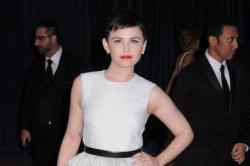