Gwyneth Paltrow and Chris Martin's baby daughter can speak Spanish. The Hollywood actress has revealed Apple's first word was 'Agua' - Spanish for 'water' - and says she is trying to teach her even more.Gwyneth said: "'Agua' was her first word. She says a lot of words in Spanish, I speak to her in Spanish sometimes because I want her to learn"The screen beauty claims Apple's vocabulary is coming along very well.She revealed to America's USA Today newspaper: "She says 'Chop, chop' for helicopter.She doesn't know that a helicopter and airplane are two different things.

"She says 'Mama' and 'Dada' She says, 'Check it out' For hummus, she says 'hummy'" Gwyneth also believes Apple is taking after her rock star dad. She said: "She's not very patient, which she gets from me But she also has this showman, comedian little side She does these funny things to make you laugh, which reminds me of my husband"

Meanwhile, Gwyneth has confessed she calls husband Chris 'Daddy'. The stunning star admits it was difficult hearing or saying the name after her beloved father, Bruce Paltrow, died in 2002.

But since the Coldplay frontman became a dad when Apple was born, Gwyneth has found it easier She explained: "Now it's easier for me that my husband is a father" 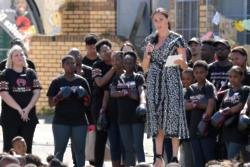 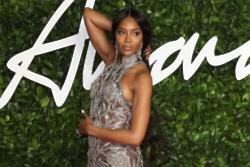