'Harry Potter' fans have launched a vicious hate campaign against the girl set to star as the wizard's love interest in the next film. Katie Leung, who will play Cho Chang in the fourth instalment of the series, 'Harry Potter And The Goblet Of Fire', has been the subject of vile racist messages on a number of Potter websites posted by jealous fans. One message branded Katie an "ugly bitch" while another infuriated film fan said "I hate her". Fake photographs of the unknown 17-year-old Oriental actress in lewd poses have also appeared on a series of fan sites. The hate campaign has left the young star distressed, and her Scottish-born father Peter admits he is increasingly worried for his daughter's safety. He said: "It's frightening. I can't make sense of it. Katie has seen these sites too. It's a great pressure in her." However, Katie has the full backing of co-star Daniel Radcliffe, who plays Harry in the hugely popular series based on JK Rowling's children's books.

The 15-year-old actor is thrilled to be working with her, saying: "She's very pretty and cool." 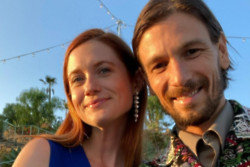 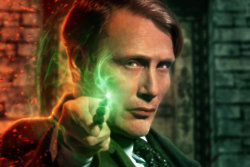