Hayden Christensen says filming sex scenes with Jessica Alba was "terrifying".The actor, who stars alongside Jessica in new film 'Awake', says shooting the intimate scenes with the stunning actress was scarier than starring in 'Star Wars'.He said: "I was just so nervous. Really nervous! Running around with a lightsaber is really pretend, but when you are put in a situation where the scene you are doing becomes so real, it is terrifying!"Hayden was right to be worried as Jessica recently revealed she loves having sex.The actress, who is pregnant with her and fiancé Cash Warren's first baby, said: "I don't think a girl's a sl*t if she enjoys sex. I could have had a one-night stand. I feel like a lot of women try to make it into more, so they don't feel so bad about just wanting to have sex. I don't really have a problem with just wanting sex. Never have."Jessica stars as Hayden's wife in 'Awake', which tells the story of a man who is conscious but paralysed during surgery. 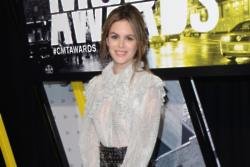 Rachel Bilson won't date anyone who isn't 'all about her kid' 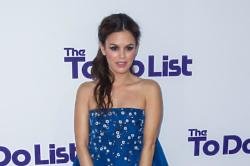