SIR PAUL McCARTNEY'S amputee wife HEATHER MILLS McCARTNEY lost her prosthetic leg during a violent confrontation with security guards at JENNIFER LOPEZ's New York office. The incident happened on Tuesday (13SEP05) as the former model-turned animal rights activist attempted to deliver a People For The Ethical Treatment Of Animals (PETA) DVD showing creatures being killed for fur to Lopez, following a demonstration at which the 37-year-old pleaded with fans to boycott the superstar's music, movies and clothes because she uses fur in her fashion range Sweetface. After striding into the building opposite Manhattan's Bryant Park, accompanied by an entourage of journalists and photographers, McCartney Mills - who lost a leg after being hit by a car in 1993 - was confronted by burley minders who yelled "you have no authority to be here. Get out! Leave the floor immediately!" Jennifer Lopez's minders accused of injuring Heather McCartney

In the tussle that ensued, Mills McCartney's prosthetic leg became detached. She bent down and clutched her knee in pain, before asking to use a bathroom so she could reattach the leg. Guards refused and she was forced to cling onto a photographer as she carried out the humiliating task on a stairwell. Photographer Richard Corkery tells 25hoursonline.com, "I saw her touch her knee and I could see she was in pain. She limped to the ladies room but it was locked. I found another door open - it lead on to the stairwell. At least she could have a private moment - which is what she needed." According to 25hoursonline.com, Lopez's guards continued to verbally attack the group - screaming "Call the cops! Call the cops!!" - until Mills McCartney recovered her composure and was able to leave the building.

Meanwhile husband SIR PAUL McCARTNEY is backing his younger brother against claims he groped a waitress at a party, calling the allegations "ludicrous".

MIKE McCARTNEY, 61, has been charged with sexual assault following the incident in a suburb of the brothers' native Liverpool, England.

But the former BEATLE, 63, is adamant his brother, "A devoted family man," is innocent.

He says, "Mike has respect for people and has earned respect for himself in his professional and private life." 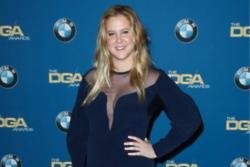 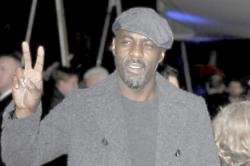 Idris Elba feared COVID-19 could be the 'end' 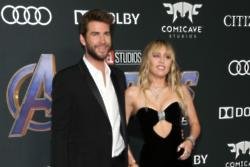