Jamie Foxx has denied rumours he is romancing 'Desperate Housewives' beauty Eva Longoria.The pair have been plagued by speculation they are an item after being spotted cosying up to one another at a Golden Globes after show party.According to reports, Foxx and Longoria, who is dating US basketball star Tony Parker, were seen hugging each other throughout the bash, held by singer Mary J. Blige, before allegedly leaving together.The Oscar-winning actor has now quashed dating rumours, insisting he and the sexy actress are just friends.He said at a press conference: "I told Tony I would look after her. That's it."Foxx and Longoria first met after the actor, who is launching a singing career, invited the brunette beauty to star in his new music video.Last week, the actress, who plays cheating Gabrielle Solis in 'Desperate Housewives', also played down rumours of a romance between the pair, saying: "I did Jamie's music video for him, so we're friends. He has Tony's blessing." 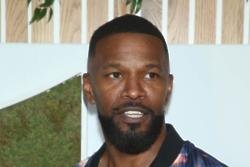 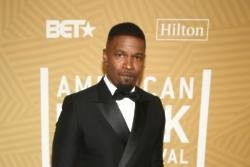