Jane Lynch reveals pain she felt over her sexuality

Jane Lynch never felt like she fitted in when she was younger and says her ''heart sank'' when she realised she was gay.

Jane Lynch's "heart sank" when she realised she was a lesbian.

[When I realised I was gay] my heart sank and I thought, 'No one can ever find out.'

The 51-year-old actress - who married psychologist Lara Embry last year - always felt uncomfortable as a teenager and was horrified when she made sense of her feelings when she was 13 years old.

She said: "I never felt right in my body. I loved Halloween as I could dress up as a guy.

"[When I realised I was gay] my heart sank and I thought, 'No one can ever find out.' "

Jane - who is best known for playing Sue Sylvester in 'Glee' - also recalled her battle with alcohol earlier in her career, admitting she rarely felt good about herself as she was so filled with shame about her sexuality.

The actress - who joined alcoholics anonymous when she was 31 - added in an interview with the Daily Mail newspaper: "I drank every day since my senior year of high school just to get a buzz.

"I only felt good about twice in that time, but I was chasing a thrill.

"I was lonely and, even when I was out as a gay person, there was so much shame in it still.

"I never got as far as thinking about suicide but it wasn't a good time." 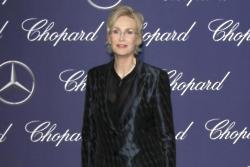 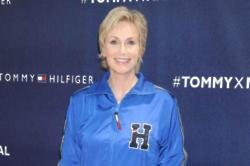