Jennifer Aniston is reportedly buying a 5millionGBP house next door to Courteney Cox - so her former 'Friends' co-star can help her get over her divorce from Brad Pitt. The stunning actress, who is in the process of divorcing the Hollywood heartthrob, has turned to Courteney for comfort and wants to be near her best friend. A source told Britain's Grazia magazine: "Jen is still devastated by what she has gone through. Her friendship with Courteney is the one thing that has kept her sane. They have always been close, but recently Courteney has taken charge of her life - for which Jen will be eternally grateful. "Jen has reached a point where she couldn't manage the day-to-day business of living. That's when Courteney stepped in and took her under her wing." Earlier this week, Jennifer was hit by pictures showing Brad playing 'dad' to Angelina Jolie's son - the woman he was accused of having an affair with while the couple were still married. The handsome actor, whose relationship with Angelina was thought to be one of the main reasons his marriage broke down, was photographed helping three-year-old Maddox build sandcastles on an African holiday.

Brad, who has made no secret of his desire to start a family, joined Angelina and her adopted Cambodian son at the secret hideaway.

Brad and Angelina have always denied they had an affair on the movie set of 'Mr and Mrs Smith', while Brad was still married to Jennifer.

They also recently they refuted claims they spent a romantic weekend away together. 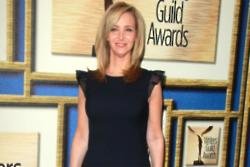 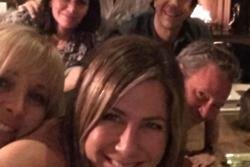 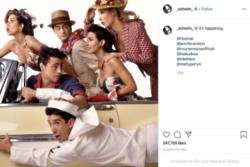 Friends reunion could film 'by the end of summer'