Jennifer Lopez is reportedly set to record a duet with her husband Marc Anthony - despite vowing never to do so. In a shock turnaround, the sexy diva says the love song will be released on her next album Rebirth. An insider has revealed: "J.Lo and Marc have wanted to sing together for a long time." However, when the beautiful actress-turned-singer married her third husband in June she said she was happy for him to produce her forthcoming album - but never to sing on it. She said at the time: "I think that where I've had the most growth has been my music career, from when I first started and where I am now and the two albums that I'm about to release. "Marc's producing the Spanish album for me but there are certainly no duets." J.Lo has also enlisted a host of celebrity friends to star on the record, to be released next March, including rapper Fat Joe.

Meanwhile, the pop beauty has been gushing about her first love - childhood sweetheart David Cruz.

She said: "He's a friend and probably knows me better than anyone else."

The brunette beauty dated Cruz - who she once described as "the best looking guy in the neighbourhood" for nine years after meeting him at high school and the couple were engaged when she was 15. 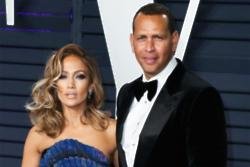 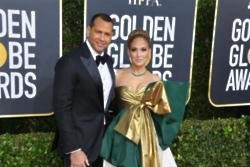 Alex Rodriguez: Every moment is 'magical' with Jennifer Lopez

Jennifer Lopez 'would bring glamour to the New York Mets'