Jessica Alba visited several strip clubs to prepare for her role in 'Sin City'. The stunning actress, who played an exotic dancer in the acclaimed film, was worried she wouldn't be able to pole dance sexily and was also concerned her breasts weren't big enough.She told OK! magazine: "I was thinking, what if I'm up there and I'm trying to be sexy and my chaps split or my top comes undone? I was worried I'd fall off stage and hit myself in the face with the rope."I saw the pictures in the comic book and I thought, 'That girl has some knockers! I didn't really understand how I was going to get such an impressive chest!' But then I went to lots of strip clubs and watched."After her extensive research, it didn't take Jessica, 25, long to master the art of getting naked in public.The Latin actress built her confidence up by dancing in her clothes at first and then with less and less covering her flesh.She explained: "I started off clothed but then I slowly got more comfortable, doing it in boots and shorts, then a T-shirt and then a bra and underwear. I had to do it that way because I was terrified. I mean, I was going to be on stage with a crew full of men and extras, half-naked and dancing." 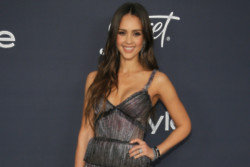 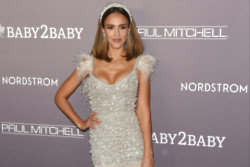 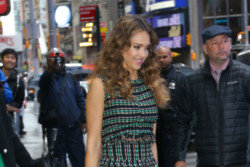