Katherine Heigl "strongly" suggested to her now husband Josh Kelley that he should propose to her.The '27 Dresses' star was so fed up with dating she told musician Josh she was ready to settle down.She said: "I didn't propose to Josh - but I suggested strongly that he should propose to me. One day we were sitting in my house, chatting and having a glass of wine, and I said, 'How do you feel about marriage? Where do you feel this relationship is going? Because I don't just want to date anymore."I had got to the place in my life when I was ready for a commitment. He was so nervous when he actually did it - I found it really endearing!"Despite being raised a Mormon, Katherine doesn't know if she will bring her children up in the faith.She added: "I don't know if I have the discipline my parents did with me. It takes a tremendous amount of sacrifice to actually participate in a religion in the way that my parents did. It takes a commitment to go to church every Sunday and to follow those rules." 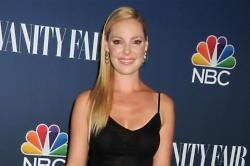 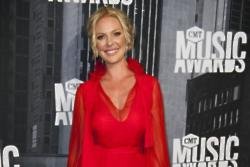