Katie Holmes is set to give birth in silence.As devout disciples of cult religion Scientology the beautiful actress and her husband-to-be, Tom Cruise, would have to maintain a vigil of total silence in the delivery suite. The bizarre ritual - which Scientologists believe should be carried out to prevent children from turning mad - is nothing new to Cruise who insisted the biological mothers of the adopted children he had with Nicole Kidman have their babies in silence, according to a 2001 report in America's New York Post newspaper. Scientology founder, L.Ron Hubbard, tells his followers in his book Dianetics: "Maintain silence in the presence of birth to save both the sanity of the mother and child and safeguard the home to which they will go."The maintaining of silence does not mean a volley of 'Sh's', for those make stammerers"Actor and leading Hollywood Scientologist John Travolta who also insisted his wife Kelly Preston gave birth in silence, explained after the birth of his second child Ella Bleu: "In Dianetics, you try and keep the delivery room quiet so there's nothing recorded in the child's mind that shouldn't be there while there's pain going on"Tom and Katie are also set to be strict parents. Scientologists are encouraged not to comfort or nurture young children because Hubbard believed a child is simply a small adult who can look forward to look after themselves from a young age 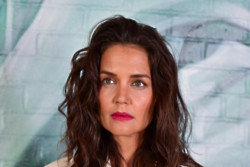 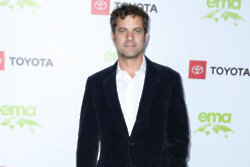 Joshua Jackson was 'advocate' for Pacey and Joey 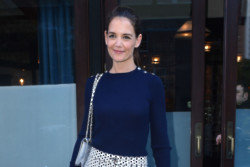