Katie Holmes has been photographed showing off a sizeable bump - sparking speculation she is more than three months pregnant as previously rumoured.The pictures of the actress relaxing with fiancé Tom Cruise in a park show her silky blue top clinging to her bulging tummy. The smitten pair announced they were expecting a baby earlier this month, and it was thought 27-year-old Katie was around 12 weeks pregnant. But an onlooker who saw the couple at the Los Angeles park told Britain's Daily Mail newspaper: "She had a very considerable bump, and you could see her belly button through her floaty top. To me she looked more like a girl who was five months pregnant than three"If she does still have six months of her term left to go, she is going to be as big as a house by the time the baby arrives"Last week it was revealed the brunette beauty is set to give birth in silence. As devout disciples of cult religion Scientology Katie and her husband-to-be would have to maintain a vigil of total silence in the delivery suite.The bizarre ritual - which Scientologists believe prevents children from turning mad - is nothing new to Cruise who insisted the biological mothers of the adopted children he had with Nicole Kidman have their babies in silence. 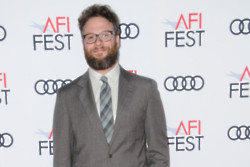