Kevin Spacey is attempting to hide his bald spot - by using spray-on hair. The 'American Beauty' star shocked fans at the premiere of his latest film with a full head of hair - despite recent photos showing him badly thinning on top. The actor was attending the first screening of 'Beyond The Sea' in Toronto, Canada, where he plays crooner Bobby Darin, whose hits include 'Dream Lover'. The cover-up comes six months after the Hollywood legend's brother accused him of being a "lying weirdo". Randy B Fowler, who works as a Rod Stewart impersonator, said he is so fed up with his "false" brother he will be exposing a catalogue of secrets about his sibling in a 90,000-page book. Randy said of his brother, who has always remained tight-lipped about his sexuality after being dogged with rumours he is gay: "I will reveal once and for all why Kevin is like he is - a bit of a weirdo. He had made an art of keeping his life a secret. His private life is very different to his public life - I find that very sad." 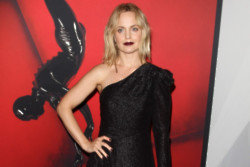 Mena Suvari and Danielle Harris starring in Anne, With Love 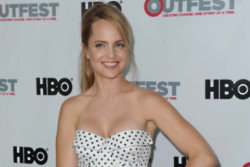