CAROL-SINGING KIMBERLY STEWART SHOCKS THE NEIGHBOURS ROD STEWART's daughter KIMBERLY looks forward to her Christmas family tradition of going carol singing after lunch - because of her neighbours' reaction when her father turns up at their door. The socialite, 26, also loves cramming into the kitchen to make Christmas lunch with her entire extended family, comprising of the rocker's seven children. She says, "Our usual tradition is that everyone gets together and cooks dinner on Christmas Day. All the children, all the moms, everyone. "ALANA (mother) and KELLY (EMBERG, Stewart's ex-girlfriend) are from Texas, so there are a lot of traditional American recipes.

"We eat things like turkey and cornbread stuffing, giblet gravy, yam casserole with marshmallows on top, and pecan, coconut or apple pies. 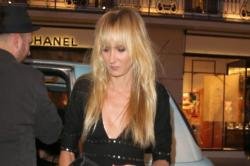 Kimberly Stewart Is a 'Strict' Mother 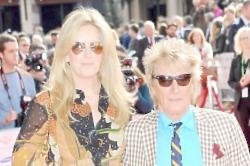