Kylie Minogue's UK shows sold out in just 30 minutes yesterday (03.12.07).The singer's eight concerts sparked pandemonium among fans and organisers have now added a further seven dates to the UK leg of her 'KylieX2008' European tour to cope with demand.Within hours of the shows selling out on Kylie's official website www.kylie.com, the £49 tickets were appearing on internet auction site eBay for up to £400.The extra dates are: June 29 at Belfast's Odyssey Arena, July 8 and 9 at Glasgow's SECC, July 17 and 18 at Manchester Arena, and July 29 and 30 at London's O2 arena.The 'KylieX2008' tour kicks off in Paris on May 6 and includes dates in Belgium, Germany, the Czech Republic, Denmark, Finland and Northern Ireland.Kylie - who was given the all-clear from breast cancer in early 2006 - has promised fans "a new and exciting experience" that will be "totally different".Meanwhile, it has been reported Kylie's ex-lover Olivier Martinez is desperate to spend the Christmas holidays with the singer.

A source said: "Olivier is really hoping that he and Kylie can spend some serious quality time together after all that has gone on between them. Olivier has been missing her like crazy recently."

The couple officially split after four years in February 2007.

Kylie, 39, has always spoken fondly of how supportive the 41-year-old French actor was during her gruelling chemotherapy treatment for breast cancer, which she was diagnosed with in May 2005.

Kylie Minogue 'did an Adele' and re-watched Glasto set 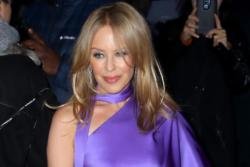 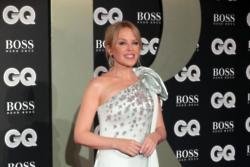