Kylie Minogue to be an auntie

Kylie Minogue has become an auntie for the first time.The pop princess is overjoyed that brother Brendan, 35, and girlfriend Rebecca Shand have had a baby boy.Charles Shand Minogue made his entrance on Friday (21.04.06) weighing a healthy 8lb 2oz.The petite singer, who may not be able to have children following her treatment for breast cancer, is currently in New York for business meetings, but an insider revealed she was the first person to telephone her sibling and congratulate him.The source said: "She was as pleased as punch and told them how sorry she was not to be there."The new addition to the Minogue family comes as welcome news after the difficult 11 months the star has endured since being diagnosed with cancer in May last year.Kylie is currently recovering from an intensive programme of chemotherapy and two weeks ago she posted new pictures of herself on her official website - with hair.

The shots entitled 'New Beginnings' - taken by her French actor boyfriend Olivier Martinez during a weekend break in Italy - showed her looking happy and healthy and revealed her new-cropped hairdo. 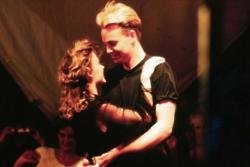 Alan Fletcher calls on Kylie and Jason to reunite 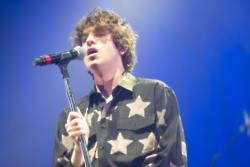 The Kooks want life-size Kylie Minogue cut out on rider