Lady Gaga believes she has ''two souls'', one which is hers and another which belongs to her dead aunt Joanne Germanotta.

Lady Gaga believes she has "two souls" - one of which belongs to her dead aunt.

I really believe I have two hearts. I think I actually carry two souls in my body

The pop superstar says her late paternal aunt, Joanne Germanotta, who tragically died of lupus aged just 19 before she was born, is living on through her and inspires all of her music and art.

Gaga - real name Stefani Joanne Angelina Germanotta - told WWD: "I really believe I have two hearts. I think I actually carry two souls in my body, and that I'm living out the rest of her life and her goodness - she died a virgin, she died never having experienced all these things that we all get to love and experience in our lives.

"I think that I work in her image. I work in this life as part pop singer and part humanitarian, and to do great things for people because she was a good person and I don't think she had enough time to do enough good."

The 24-year-old singer insists the thing that is driving her career is her desire to help "disenfranchised" people and she says she wrote her new track 'Born This Way' - which has been described as a pro-gay anthem - to help her fans.

Gaga - who won three Grammy awards last weekend - explained: "I have so many young fans. I feel not only connected to them, but I feel responsible for them in many ways. They're very smart. They're very full of life. And it's an important thing for me to listen to them. And when they say, 'I feel disenfranchised,' I speak for them as much as I can. 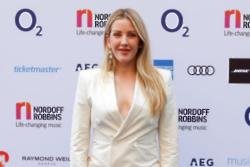 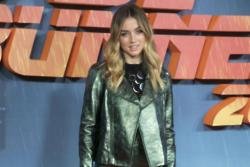 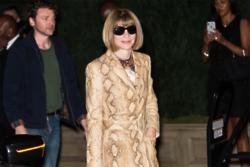