DiCaprio and Dunst in romance riddle

Leonardo DiCaprio and Kirsten Dunst have sparked romance rumours after they were spotted canoodling in public.The Hollywood actor - who recently split from long term girlfriend, model Gisele Bundchen - was seen cosying up to the 'Spider-Man' star at Los Angeles nightspot Privilege earlier this week. An onlooker is quoted by Britain's Daily Star magazine as saying: "You could feel the chemistry between the two. It looked hard for them to take their eyes off one another"Earlier this month, Kirsten furiously denied she was romancing 'Elizabethtown' co-star Orlando Bloom.The actress admitted she grew close to the heartthrob on set but insisted they were nothing more than good friends.When asked on the red carpet at Italy's Venice Film Festival about her love life, she replied: "If you're alluding to whether Orlando and I got together then that's a no. No" 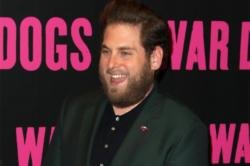