Marcia Cross Skipped Honeymoon For Ivf Treatment.Desperate Housewives star Marcia Cross was so keen to start a family after marrying Tom Mahoney, she insisted the couple skip their honeymoon to concentrate on fertility treatment.The couple wed in 2006 and immediately started trying for a baby using In Vitro Fertilisation, with the 45-year-old actress eventually giving birth to twin girls Savannah and Eden in February 2007.And Cross insists she won't be repeating the experience - vowing to adopt rather than undergo any further medical treatment.She says, "We decided to skip our honeymoon and try In Vitro after the wedding. I had already been through infertility treatments. It's very, very difficult to get pregnant in your 40s. It's costly and tough on your body and your relationship. I don't think I'll have any more kids, but I'm not 100 per cent sure we won't adopt."And the star admits she regrets leaving it so late to become a mother.She adds, "I wish that I'd had my girls in my 30s. Then I could be around longer for them. But they're an incentive for me to stay healthy, take care of myself, and live as long as possible." 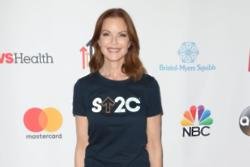 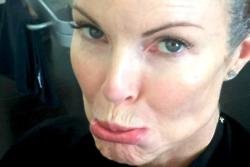