Four Brothers star Mark Wahlberg has decided not to go under-the-knife to remove his third nipple - because he has grown to love it. The rapper-turned-actor considered having an operation to lose the extra nipple after all the media attention it attracted. But he has revealed to America's Rolling Stone magazine: "I've come to embrace it. That thing's my prized possession." Meanwhile, Mark's ex girlfriend, Jessica Alba, has vowed never to romance another actor - because they're too vain. The sexy 'Sin City' star insists male actors are more diva-like than women. The 24-year-old revealed: "I'm way too high maintenance to be in a relationship with an actor. "I don't need a man who spends as much time in front of the mirror as me." The stunning actress also claims male actors aren't as tough off screen.

She added in an interview with Britain's Cosmopolitan magazine: "When I used to do action scenes in 'Dark Angel' I had to play it rough. If you hit an actress accidentally she'd take it on the chin, but the guys would take a 20 minute break and ask for x-rays.

"I'd tell them, 'Come on, man. You're supposed to be a tough guy.' I'm telling you - actors aren't as tough as they seem on screen." 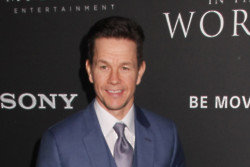 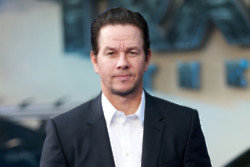 Mark Wahlberg's kids are 'mortified' about his past 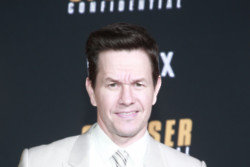