Matthew McConaughey is said to have rescued a little girl from a coyote.The heartthrob actor is said to have spotted the animal circling the terrified tot and her mum as he walked through a Los Angeles park. The star scared off the coyote by shouting and running at it, according to a report in Britain's News of the World newspaper. Last month the hunky actor was named the sexiest man alive by America's People magazine - and said he was thrilled with the title.McConaughey, who is dating Latin beauty Penelope Cruz, insisted now he is officially the world's sexiest man he can let himself go. He joked: "Now I've made it"Wait until you see the roles I could take after this. You're going to see my gut hanging over, plus 22lbs It'll be a whole new kind of sexy!"The publication said they awarded the 'Sahara' star, famed for his rugged good looks, the title because of his "heaping helping of Texas's finest Southern charm" 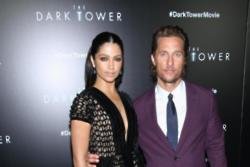 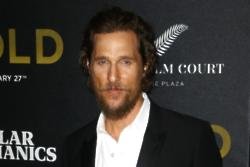 Matthew McConaughey never leaves the set of a movie 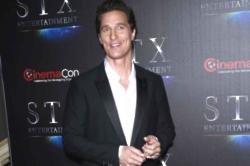