' She was making fun of me

Megan Fox was targeted by school bullies because she wanted to be an actress.

The 'Jennifer's Body' star made her ambitions clear when she was growing up, but it didn't go down well with her female classmates.

The 23-year-old beauty is quoted as saying: "There were some evil girls in my school and I went to Christian high school. I was fifteen and everybody knew that my aspiration in life was to become an actress.

"One girl came to school on Halloween in a black leather catsuit and everyone thought she was cat woman. She answered, 'No I am Megan Fox.' She was making fun of me.

"I didn't say anything to her. I was really shy."

Megan - who is regularly voted the world's sexiest woman - has previously said she found it easier to bond with boys than girls when she was growing up.

She said: "I've always gotten along better with boys. That rubbed some people the wrong way. I was not, ever for a second, popular. Everyone hated me, and I was a total outcast, my friends were always guys, I have a very aggressive personality, and girls didn't like me for that. I've had only one great girlfriend my whole life." 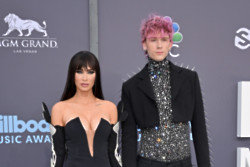 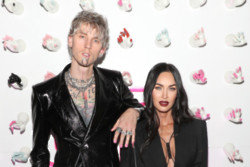