Hollywood beauty Mena Suvari has sparked lesbian rumours - after she was spotted leaving a gay bar with another woman.

The 26-year-old actress, whose last role was as a gay art student in TV's 'Six Feet Under', made a surprise appearance this week at a Los Angeles bar

Onlookers said the screen beauty appeared to have struck up a very close friendship with the short-haired womanA regular at the nightspot revealed to Britain's Daily Mail newspaper: "Although it advertises itself as having a 'mixed' clientele it is mainly known as a gay hangoutIt is quite a weird place for such a famous actress to be seen"Mena seemed to be very close with a short-haired blonde woman in the club They were having a few drinks together and when they left they were arm in arm"Last month, Suvari announced she was splitting from husband, cinematographer Robert Brinkmann, who is 17 years her senior The pair were believed to have a strong relationship and had only just finished work on her latest movie, Standing Still 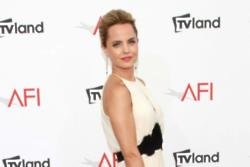 Mena Suvari calls for Bed Bath and Beyond to ditch feathers 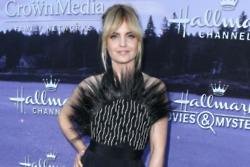 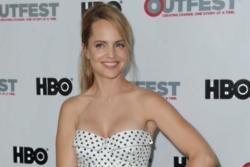 Mena Suvari on how veganism has changed her life