Michelle Williams says things are "getting worse" following the death of her former fiance Heath Ledger in January.

The former 'Dawson's Creek' star also blasted paparazzi photographers for infringing on her and Matilda's privacy, adding she is considering giving up acting unless the situation improves

The 28-year-old star - who has a three-year-old daughter Matilda from her relationship with Heath - is finding it increasingly harder to cope because she misses the actor so much.

She said: "I just wake up each day in a slightly different place - grief is like a moving river, so that's what I mean by 'it's always changing'. It's a strange thing to say because I'm at heart an optimistic person, but I would say in some ways it just gets worse.

"It's just that the more time that passes, the more you miss someone. In some ways it gets worse. That's what I would say."

The former 'Dawson's Creek' star also blasted paparazzi photographers for infringing on her and Matilda's privacy, adding she is considering giving up acting unless the situation improves.

She added to Newsweek magazine: "It burns a fire inside of me, the s**t that I've seen people do to get at me or my daughter. I won't forget it, and I won't support it. I don't want my daughter growing up feeling spied on or threatened.

"If it gets to the point where I can't situate my life in a way that they stay away more, then I'll drop a match on acting. I'll be sad. I like to act. It's saved my life over and over again. I have this thing that I'm in love with - acting - and now it has this baggage."

Heath died of an accidental drugs overdose in his New York apartment in January. He was 28 years old. 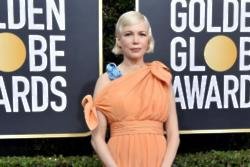 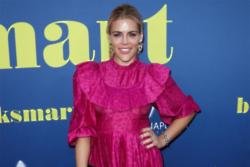