Mr T has shed his signature gold chains because of Hurricane Katrina.The 'A-Team' actor decided to get rid of his trademark chunky jewellery after witnessing the destruction left by the natural disaster.Speaking at a Television Critics Association meeting, he said: "As a spiritual man, I felt it would be a sin against God for me to wear all that gold again because I spent a lot of time with the less fortunate."Mr T - real name Lawrence Tero - also slammed celebrities who used the hurricane to promote their careers.He fumed: "I saw some, I call it 'sorry celebrities' who went down there for a photo-op. How disgusting."If you're not going down there with a check and a hammer and a nail to help, don't go down there."Meanwhile, Mr T is set to star in new TV series 'I Pity the Fool' - a motivational reality show - which will air in October.

He insisted, however, that there is more to him than rippling biceps.

Mr T said: "Yes I am qualified to beat people up, but I am pretty intelligent.

"If you have been through something then that gives you an authority that you can speak on certain things. That's why people relate to me. I pull no punches." 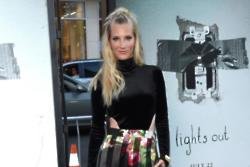 Dancing With the Stars line-up announced 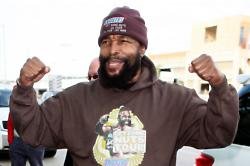 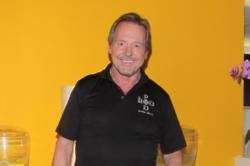