KIDMAN'S OLD WEDDING GOWN WAS BAD LUCKNICOLE KIDMAN fears she hexed her marriage to TOM CRUISE by marrying in a wedding dress she bought before she knew him.The Australian actress split from the movie hunk in 2000 after a 10-year marriage and she still refuses to talk about it out of respect for her ex.But she will admit to a superstition she'll never repeat - by marrying in a gown she bought in Amsterdam, Holland, years before she met Cruise.She explains, "This is terrible, but I bought my wedding dress - a beautiful dress from the 1920s - in a flea market in Amsterdam."It was bought with the possibility that I would meet the person I was going to marry sometime soon. I did meet my future husband four years later, and that was the dress I wore when we got married. "You're never meant to do that. It's bad luck. I'll never do that again."But Kidman insists she will wed again - and she feels it could be sometime soon. She adds, "I almost feel there are times in life when you're ready for it (marriage). And I feel myself ready for it again." 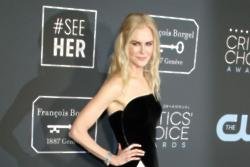 Nicole Kidman 'back on the right track' after breaking her ankle 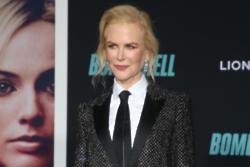 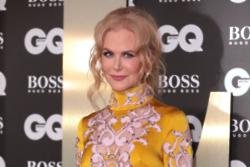