Olivier Martinez is selling a boat he bought for Kylie Minogue.The French actor bought the 50ft vintage yacht, called White Wings, for then girlfriend Kylie after she fell in love with it in 2004.And he is set to make a big profit now that they are no longer together. Three years ago he paid £180,000 for the love token, and is now hoping to sell it for £230,000.A source told Britain's The Sun newspaper: "Olivier is facing up to looking after himself without Kylie."He put the boat on the market at the end of last year when he realised he wouldn't be sharing any more romantic holiday with her on the Mediterranean."Olivier has been criticised for his decision to sell the boat instead of giving it to Kylie, as it played a big part in helping her through her breast cancer battle.The source added: "Kylie loved the boat and going for cruises on it and it really brightened her mood when she was ill.

"Not many people can make a profit after owning a boat for a couple of years." 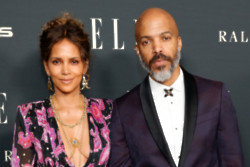