Owen Wilson's relationship with Kate Hudson has finally been confirmed - by his brother Luke.Owen and Kate have been rumoured to be dating since Kate separated from husband Chris Robinson last August, and now Luke has spoken out about the romance for the first time.When asked about his brother and Kate, the 'My Super Ex-Girlfriend' actor said: "He seems very happy. She is a very nice girl." Although Owen, 38, initially denied he was romancing Kate, 27, he flew to Australia to join her on the set of her latest film, 'Fools Gold'.They were seen having lunch together at Santa Monica's Ivy at the Shore restaurant last Friday (30.04.07).A witness told People magazine: "From the second they walked in, they were all over each other. Kate even sat on his lap to give him kisses." A source close to the couple said: "Owen has realised what a great thing he has.

"They're having fun, but things are definitely getting more serious."

The 'Almost Famous' star has a three-year-old son Ryder with estranged husband Chris. 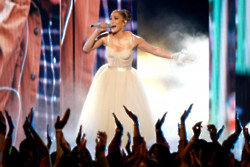