Pamela Anderson is planning to strip naked in a shop window - for an anti-fur protest.The former 'Baywatch' babe, famed for her curvy body, is to pose nude in the window of fashion designer Stella McCartney's London clothes shop on behalf of animal rights group PETA.Pamela, who is renowned for her work with the group, and Stella, the daughter of former Beatle Sir Paul McCartney, are both hopeful the stunt will draw attention to PETA's campaign to ban the use of fur in fashion.A source told Britain's Mail on Sunday newspaper: "This is a cause that Pamela is very passionate about. She wants to support Stella's fundraising effort for PETA and is in talks to pose naked in her shop window. There will be other models there too, and it should last for about ten minutes."Pammy has been an active member of the group since the early 90s and has repeatedly used her fame to campaign for PETA.Recently, the blonde actress called for a statue of Colonel Sanders in Kentucky to be destroyed - because it glorified cruelty to chickens.The star penned a letter to the Governor of Kentucky on behalf of PETA, which claims KFC abuses chickens by cruelly plumping them up to make their fast food.

However, the star's request was turned down by Kentucky Governor Ernie Fletcher. 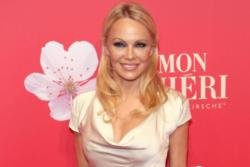 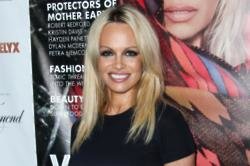 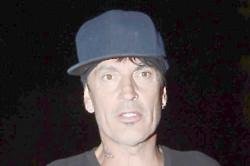