Paris Hilton claims her album is so good it made her cry. The socialite-turned-actress-turned-singer admits she was reduced to tears when she first heard her finished debut LP in its entirety. However, Paris is so paranoid about music piracy she never tells people when her tracks are being played in clubs, so they can't be put on the internet for free. She told Blender magazine: "I, like, cry when I listen to it, because it's so good. "Everyone's like, 'Who is this?' I don't tell. Because I don't want someone putting their phone up and recording it and making a ringtone off of it." The 25-year-old also keeps quiet when her music is playing in clubs so she can get a realistic reaction from the crowd. Paris explained: "I think when people don't know it's me, they won't judge it. But if they know it's me, then they'll be like, 'Ugh.' They won't even dance."

The 'House of Wax' actress also thinks people get the wrong idea of who she really is.

She explained: "I think people expect me to be this b***h snob, but I'm really nice, and I feel bad if I'm mean.

"I'm always playing a character. I don't talk like this really - like a baby. I don't act like myself in public, because I don't really want to show everyone the real me.

"Because I have no privacy whatsoever, the only thing I have is who I really am." 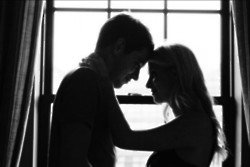 Nicky Hilton has given birth to a baby boy