Pete Burns Caged For Ignoring BailDead Or Alive frontman Pete Burns was jailed on Friday (28APR06) for flouting bail conditions after his arrest for allegedly attacking ex-boyfriend Michael Simpson.Burns, who recently starred on British reality TV show Celebrity Big Brother, had been ordered to remain at an address in Merseyside, North-West England, between 7am and 7pm.He was also banned from travelling to London unless his journey was to appear in court.After ignoring the terms, Burns, 46, was put behind bars at London's Wandsworth Prison, where he will remain until his next court appearance on Tuesday (02MAY06).The You Spin Me Round star was arrested earlier this month (16APR06) for allegedly attacking ex-lover Simpson and his new boyfriend.He was reportedly aggrieved to see Simpson arrive at London's Ghetto Club with another man - just weeks after they split - and clubbers were reportedly forced to take cover as friends of Burns and Simpson became involved in the fracas. 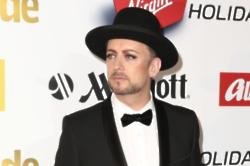 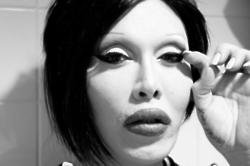 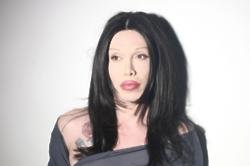 Pete Burns' ex-wife was by his side when he died