Rod Stewart Trying To Keep Kids Away From Drugs

ROD STEWART TRIES TO STEER KIDS AWAY FROM DRUGS Veteran rocker ROD STEWART hopes being honest about his own experiences with drugs will help steer his younger children away from illegal substances. The MAGGIE MAY singer, who openly enjoyed a rock 'n' roll lifestyle during the early days of his career, admits his two oldest children - 24-year-old SEAN and KIMBERLEY, 26 - have already developed drug and alcohol problems. Daughter Kimberley Stewart has drug problems

But he hopes he can convince his younger offspring that over indulgence of drink and drugs ruins their lives by drawing on past friends as examples. The 60-year-old says, "As a parent you worry, but it's hard for me to moralise because I've taken drugs myself. All I can do is educate them the best way I can. "I warn them off by telling them about people I've known. As a teenager I had a friend called ANGUS who took LSD and jumped naked out of a window, thinking he could fly.
"Of course, they had to scrape him off the pavement." In other news funnyman MIKE MYERS is reportedly in negotiations to cast ROD STEWART for a role in his fourth AUSTIN POWERS movie - as the spoof spy's brother.

After landing MICHAEL CAINE as Powers' father in THE SPY WHO SHAGGED ME, Myers wants British rocker Stewart to join him in his next outing as the colourful spy, according to movie website Moviehole.net.

Este Haim's priorities have changed due to lockdown 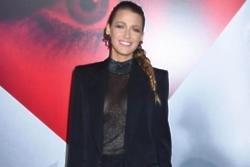