MIX SHARE SHARE TWEET
Russell Crowe joked about his telephone assault on a hotel worker while hosting the Australian Film Industry Awards on Saturday.The feisty actor walked on to the Melbourne stage carrying an old-fashioned Bakelite telephone and quipped: "If there are any problems and you do get up here and go on too long, then 'hello' to my little friend"But the Oscar winner failed to impress viewers with his bad taste comedy routine and viewing figures started to drop dramatically. A show insider said: "He kept dropping four-letter words and bad jokes about throwing telephones. By the end just 15400 were watching"Crowe was given a one-year conditional discharge earlier this month after admitting to assaulting a hotel worker. The telephone incident happened at the swanky Mercer hotel after a row broke out between the actor and the member of staff over a phone in his room - which he claimed didn't work when he tried to contact his wife Danielle Spencer.Crowe, who is famed for his wild temper, reportedly ripped the handset from the socket in the lavish suite before storming downstairs and attacking the hapless employee.Prior to the awards, he said the incident had been blown out of proportion by the media. He said: "Travelling businessmen get touchy or testy with hotel staff in every major city all around the world"
MIX SHARE SHARE TWEET 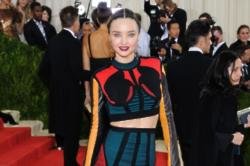 Miranda: I find strength through motherhood 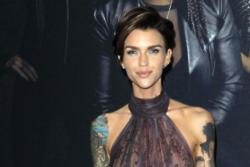 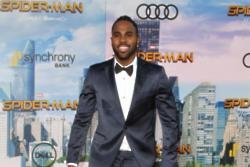 Is Jason Derulo ready to settle down and start a family?