Samantha Ronson is reportedly set to write a tell-all book about her relationship with Lindsay Lohan.The DJ - who is believed to have dated the 'Mean Girls' actress since late last year - is planning to reveal intimate details about the couple's daily life.A source told website E! Online: "Samantha is certainly telling friends she's planning to write a book. It's supposed to be about her, allegedly. But come on, you know Lindsay will be all over that book. She's the only one people want to read about."However, Lindsay's father Michael is furious about the prospect and believes the 31-year-old music star is "using" his 22-year-old daughter.He said: "I've shut up about this long enough. Samantha is using my daughter. People never even knew who Samantha Ronson was until she met Lindsay. She was just some Los Angeles DJ. And now she's writing a book? I am at my wit's end with this stuff. This is not in Lindsay's best interest."Let's just say I hope Lindsay starts opening her eyes and realises who the people using her are."Michael also thinks Samantha is responsible for getting Lindsay hooked on alcohol again, despite the 'Georgia Rule' actress seeking treatment in rehab for her drinking problems.

He said: "Samantha drinks and passes the drinks under the table to Lindsay, and behind the scenes it gets worse and worse. Sam is using my daughter. My daughter isn't working because she's always with Sam. Even my ex-wife Dina knows it. She just isn't doing anything about it." 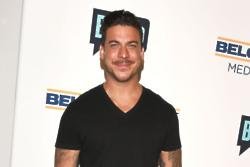 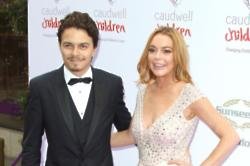