Seth Rogen is considering quitting acting to work in a comic book store.

The 'Knocked Up' funnyman says his dream job would be selling either comics or DVDs as there isn't much responsibility or ambition involved.

He said: "What would I be doing if I weren't an actor? Working in a video store or a comic book store is the only thing I could possibly enjoy as much. I'd be one of those guys you look at and say, 'What the f**k is wrong with him?

Why doesn't he get out and do something with his life?' I would definitely be that guy. Maybe I'd do a combo - a video-game and comic book store.

Yeah, that would be cool. That's definitely what I should do if I c**p out in movies. You know, that sounds so good it's almost worth quitting for."

Rogen - who is to star in comic book adaptation 'The Green Hornet' - also revealed he struggled to cope with the thin air when filming new movie 'Observe and Report'.

He told Playboy magazine: "We shot the movie in Albuquerque, which is at a very high altitude. I'm somebody who can barely breathe in Los Angeles, which is at sea level.

"There were some big action scenes. Every day it felt as if I were climbing Everest." 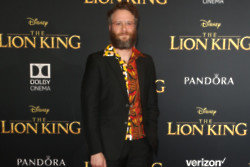 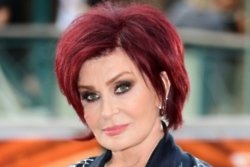