Sharon Stone is telling randy teenagers to have oral sex instead of giving up their virginity.The Aids campaigning actress - who appears fully nude in new film, 'Basic Instinct 2' - says it's safer than going all the way without protection.She said: "Young people talk to me about what to do if they're being pressed for sex."I tell them what I believe - oral sex is a hundred times safer than vaginal or anal sex."If you're in a situation where you cannot get out of sex, offer something else. I'm not embarrassed to tell them."Meanwhile, Stone, who has two adopted sons, has revealed she's shocked her lesbian antics in the original movie still spark outrage.She revealed: "It's strange. It's like it's OK she's a psychopath but the fact she might be homosexual is like a big deal. It's not so bad now as it was back then but it's still an issue for some people.

Earlier this year, Stone was voted the sexiest "older woman" in the world.

The 48-year-old beauty topped the poll by top US magazine 'Sly' beating a host of middle aged beauties to the title.

The magazine, owned by Hollywood actor Sylvester Stallone, said Stone won because "her potency to the male libido rivals that of Viagra". 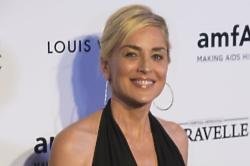 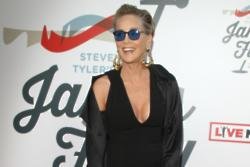 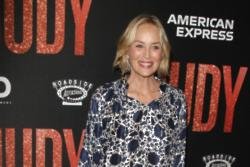