Sigourney Weaver - whose most famous role is in the 'Alien' movies - says she believes in extraterrestrials.

I think there are extraterrestrial life forms in the cosmos. I think it's more likely than not. The cosmos is a pretty big place.

The actress - who is most famous for playing Ellen Ripley, the heroine who battles the deadly, acid-blooded xenomorphs in the 'Alien' movie franchise - is convinced extraterrestrials exist and believes the US government actively suppresses information about UFOs

She told German magazine TV Spielfilm: "We are not alone in the universe. I think there's a department in our (the US) government which is exclusively dedicated to quashing reports about aliens. And that's so unfair. It would be nice if we weren't just able to read about it in the tabloids."

The 61-year-old actress - who can currently be seen in sci-fi spoof 'Paul' with Simon Pegg and Nick Frost - is not the only star who believes in aliens.

Keanu Reeves has previously claimed he has no doubt there are other life forms in the universe.

He said: "I think there are extraterrestrial life forms in the cosmos. I think it's more likely than not. The cosmos is a pretty big place."

Robbie Williams has claimed to have had several close encounters of the third kind in the last few years, including being visited by spaceships on three occasions.

The singer has said: "Once, I was lying on my sun lounger outside at night. Above me was a square thing that passed over my head slightly and shot off." 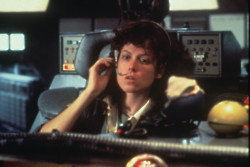 Sigourney Weaver is so proud of Alien character Ripley 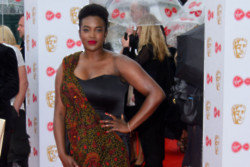 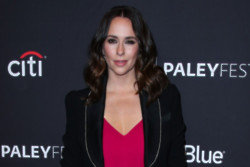 Jennifer Love Hewitt felt like a 'Barbie doll' in Heartbreakers