Sir Elton John has reportedly offered Madonna and Guy Ritchie marriage advice - amid claims their relationship is on the rocks.The pop legend fears the pair may split if they don't start to accept each other's busy careers.Elton's partner, David Furnish, is quoted in Britain's Daily Mirror newspaper as saying: "Elton and I have spoken to Madonna plenty of times lately. She and Guy are close friends of ours."They both need to concentrate on their careers if they want their relationship to work. Elton and I completely understand. But if they neglect that, their relationship will inevitably disintegrate."Film producer David added: "We're there for Madonna as friends. I absolutely admire her. We both do."Madonna and Guy have been plagued by rumours they are on the verge of splitting, amid rumours the singer's "close working relationship" with music producer Stuart Price was putting a strain on her marriage to the 'Snatch' director.Speculation intensified after Madonna apparently snubbed Guy during her acceptance speech at the Brit Awards this week.

The pop queen scooped the accolade for Best International Female and thanked everyone but her husband while on stage. 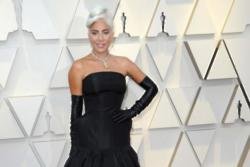