Sophie Ellis-Bextor has secretly wed her long-term boyfriend, guitarist Richard Jones. The beautiful singer, dressed in a traditional white designer gown, tied the knot with her lover in an intimate civil ceremony in ItalyThe smitten pair, who have a one-year-old son together, hired out the luxury Palazzo Terranova country hotel in Umbria for the June 25 celebration, attended by close friends and familyThe couple then jetted to southern Italy with baby Sonny where they are still said to be enjoying their honeymoonA source revealed: "They couldn't be happier The ceremony was very simple and understated"Richard proposed to the sexy star last November, a year after he first met Sophie when he played guitar on tour with her bandThe pair decided to postpone their wedding until Sonny was old enough to enjoy their happy day

Sophie and Richard, both 26, have had a challenging two years together when seven months into her pregnancy the singer suffered from the life-threatening condition pre-eclampsia 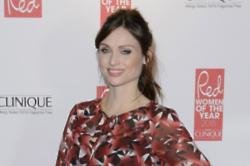 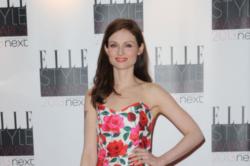