Generous Taylor Swift is splashing out on Beatles memorabilia for Harry Styles' Christmas present - and has told shop assistants she is willing to pay out up to £50,000.

The 23-year-old singer is desperate to get hold of some rare merchandise for her One Direction hunk boyfriend and stunned shop assistants specialising in the legendary 60s group with her extravagant budget.

A source told the Daily Star newspaper: "Harry spent Â£900 on Taylor for her recent birthday and now she wants to repay the favour - and then some.

"She's been phoning Beatles stores in Liverpool hoping to find pieces of rare autographed memorabilia she knows Harry will love.

Taylor turned 23 earlier this month and was showered with gifts by the British singer, including a Jimmy Choo bag,

antique earrings, perfume, and a black and white photo of the 'I Knew You Were Trrouble' hitmaker in a vintage frame.

Harry, 18, has previously praised The Beatles as "icons" and admitted he finds comparisons between his chart-topping group and the 'She Loves You' hitmakers "ridiculous".

He has said: "We watched that film of The Beatles when they touched down in America and saw a likeness with our personalities. They loved having a laugh like us.

"[But] the comparisons seem ridiculous to us, because they were such icons."

Tagged in The Beatles Taylor Swift One Direction Harry Styles 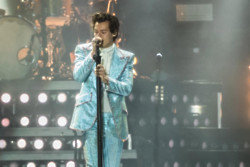 Harry Styles' teacher reveals he was a 'cheeky monkey' at school 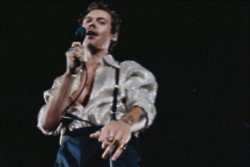