LEONI URGES DUCHOVNY TO QUIT LOS ANGELESActress TEA LEONI is urging her husband DAVID DUCHOVNY to quit Los Angeles so they can move back to their native New York.The stars have been living in California for a number of years, but Leoni is eager to return to the Big Apple, because she believes it will be a much better place to raise their two children, MADELAINE, five, and KYD, t wo.But the actress is horrified that her husband is taking so long to get around to making the move.She says, "I think it's David who is sort of dragging his feet about it. I don't know what his big problem is."I wanna come back here... I gotta get him outta California. I don't wanna raise my kids out there, La La Land. I just think they have to grow up here with seasons and snow." 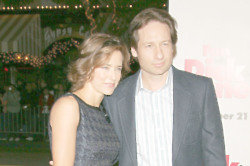 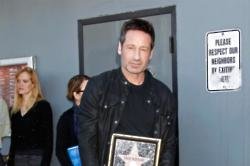 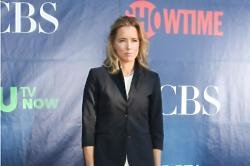