Ozzy Osbourne astonishingly grabbed his daughter Kelly's left breast while being snapped in Australia yesterday (02.03.05). The wild rocker was in Sydney with his daughter and wife Sharon to promote the Australian MTV Awards when he bizarrely reached out and cupped Kelly's left boob for the cameras, leaving onlookers stunned. Meanwhile, later in the day, the former Black Sabbath singer took time out to publicly offer his support for Prince Charles' upcoming marriage to long-term partner Camilla Parker Bowles. Ozzy - who was sent a message of support and a bottle of whiskey by the prince after he seriously injured himself in a quad bike accident - said he believes Charles doesn't deserve the criticism that has been heaped upon him, and should be allowed to marry his fiancée in peace. He said: "It's his business you know. His first wife got killed so what's he expected to do, be single for the rest of his life? If he likes her and she likes him , good luck on them."

Tagged in The Osbournes 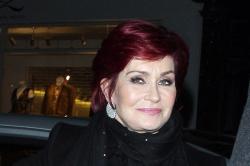 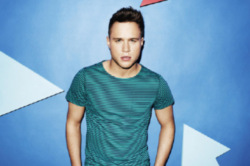 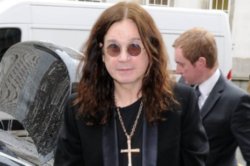 Jack Osbourne: Ozzy will outlive me