Mini-Me actor Verne Troyer is divorcing his 6ft 2in wife - after she found love with a tattooed biker.The 32-inch tall star is said to have been left heartbroken after model Genevieve Gallen - who he has been estranged from since last year - found a new boyfriend.He now wants their split to be made official.Last year, Verne tried to get the marriage annulled, claiming the union was not valid.Genevieve once insisted it was not the 'Austin Powers' star's tiny height that caused problems in their relationship - but the fact that so many women throw themselves at him.She revealed at the time: "Girls would come and just throw themselves at Verne. I would get pushed out of the way. Because he is such a gentle and sweet person, Verne didn't understand that a line has to be drawn between being passive about that and saying something."The model also claimed she was not accepted by Verne's friends, who believed she was only dating him for his fame.

The couple have had a stormy on-off relationship - they first split at the end of 2002 and Verne reportedly almost drank himself to death because he was so heartbroken. 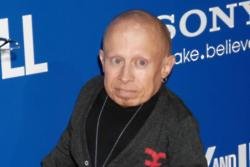 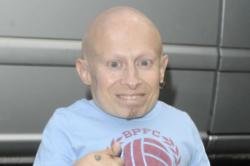