Victoria Beckham has hooked up with Kylie Minogue's stylist to freshen up her image.The former Spice Girl, who has designed her own line of jeans, was dressed by stylist William Baker for a Spanish magazine shoot.Baker - who re-launched Kylie's career in the now famous gold hotpants for the 'Spinning Around' video - made Victoria look exotic in a huge purple afro along with tight briefs, high heels and white stockings.In another shoot, the star stylist dressed the brunette, who is married to England football captain David Beckham, in a leopard print bodice with her hair styled like a lion's mane.Now, following the successful photo shoot, Victoria is said to be keen to work with Baker again.A source told Britain's The Sun newspaper: "They have struck up a close friendship and William is even telling people he is now the Beckhams' stylist."Victoria has never employed a full-time stylist before as she has always preferred to invent her own fashion ideas.

A source added: "Victoria loves fashion and is keen to try out more of his ideas and to see what he thinks about David's style. She loves his vision and he has got strong views on how to turn out both David and Victoria.

"It's only a matter of time before William has some influence over the couple's clothes." 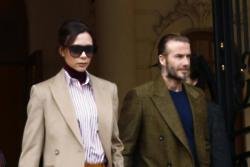 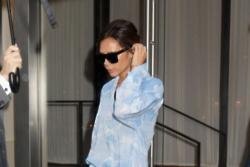 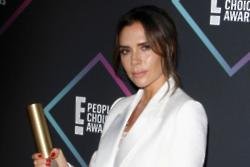