Will and Grace star trying for a baby at 46

'Will and Grace' star Megan Mullally is trying for a baby - at the age of 46. The actress, who plays squeaky-voiced Karen Walker in the hit show, is desperate for a child with her toyboy husband, Nick Offerman, but admits conceiving naturally will be very hard. She said: "We've been trying the old-fashioned way. But it's proved to be a bit silly because I'm 46, so the odds of me getting pregnant that way are relatively slim. That hasn't stopped us practising, though!" However, although she can afford it, Megan doesn't want medical intervention to help to get pregnant and will adopt if it doesn't happen naturally. She said in an interview with Britain's Now magazine: "IVF doesn't appeal. I don't like anything artificial. Maybe I'm naïve, but I think if it's supposed to happen, it will. And we haven't ruled out adoption."

Tagged in Will And Grace 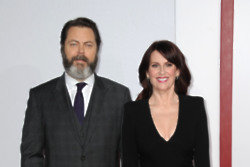 10 Things You Never Knew About Megan Mullally And Nick Offerman 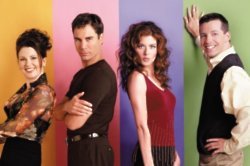 Will & Grace could make return on Netflix