Adrianne Palicki has got engaged.

Friday Night Lights Adrianne Palicki actress is set to marry her stuntman boyfriend Jackson Spidell after he popped the question to the blonde beauty. 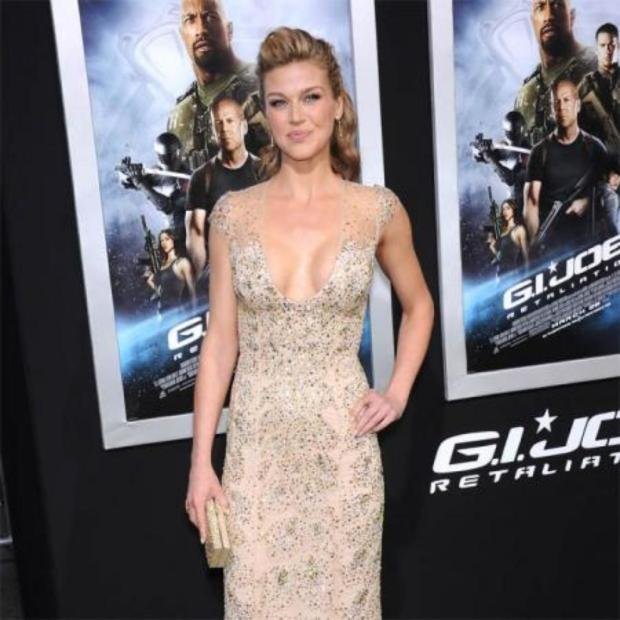 Adrianne Palicki has got engaged to her stuntman boyfriend Jackson Spidell after he popped the question..

The actress previously admitted she didn't have a certain type of man that she looked for but was keen to find someone who made her laugh.

She said: "I don't really worry about whether a guy's a certain type, as long as there's a connection.

Adrianne is best known for her role as Tyra Collette in American football drama series 'Friday Night Lights' from 2006 to 2011 and she starred as Lady Jane in sci-fi movie 'G.I. Joe: Retaliation' opposite Dwayne Johnson, Bruce Willis and Channing Tatum.

Last month, it was revealed Adrianne had signed up to play Mockingbird in Marvel's 'Agents of S.H.I.E.L.D' and she later took to Twitter to confirm the news.

She wrote: "So excited to be playing Mockingbird!! Such an honor! (sic)"

Jackson has worked as a stuntman on several movies including 'Teenage Mutant Ninja Turtles' this year as well as 'The Expendables 2' and 'TRON: Legacy' in 2012 and 2010 respectively.