Bindi Irwin - whose is the daughter of late 'Crocodile Hunter' star Steve Irwin - has revealed she was actually named after "a crocodile and the family dog".

Bindi Irwin was named after "a crocodile and the family dog". 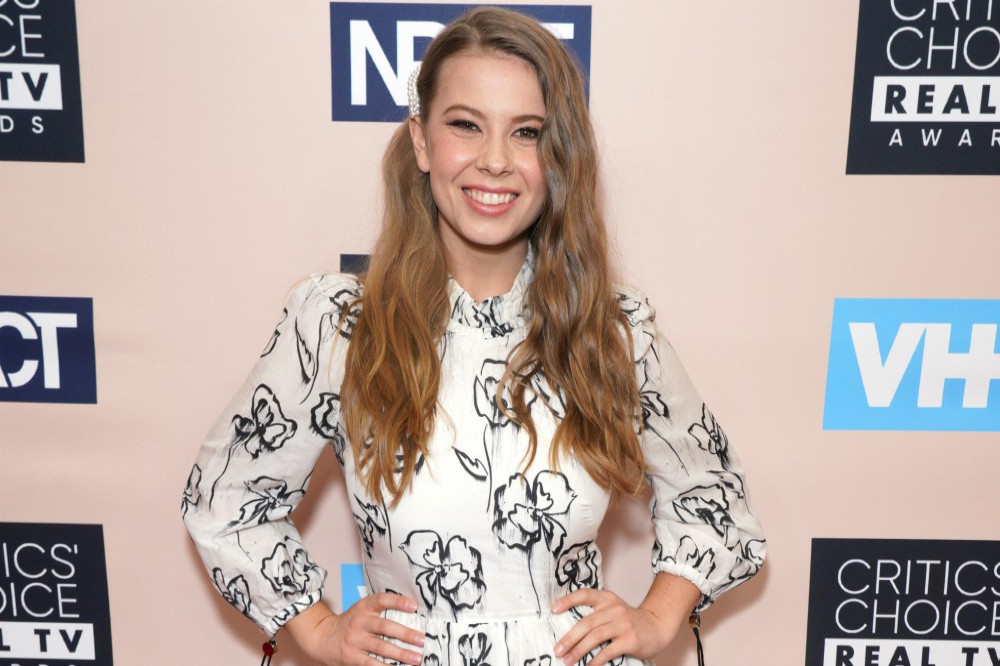 The 23-year-old wildlife conservationist - the daughter of late 'Crocodile Hunter' star Steve Irwin and his wife Terri - has opened up on the inspiration behind her full name as she wrote about her work.

Taking to Instagram, she said: "My name is Bindi Sue Irwin. My parents named me after a crocodile and the family dog, Sui.

"I'm a Wildlife Warrior and have dedicated my life to speaking up for those who cannot speak for themselves. Conservation work is my life. It's not just what I do, it's who I am."

Meanwhile, Bindi - who has nine-month-old baby Grace Warrior with her husband Chandler Powell - recently honoured her late dad and her daughter with a new tattoo as she had the words 'Graceful Warrior' and an alligator drawing inked on her arm, while the words were written in Steve's handwriting.

Sharing a snap on social media, she wrote: "The words I spoke to our daughter as I held her for the first time in my arms were, 'My graceful warrior'. That's how her name was born.

"This is my dad's handwriting to keep him with me, always. Our dear alligator, Daisy, is next to these words to represent our conservation work as Wildlife Warriors. And my beautiful wedding ring in bloom.”

The ‘Dancing With the Stars’ winner explained the "empowering" tattoo offered a reminder of the three most important things in her life and she felt the time was right to get inked as she has weaned her baby.

Bindi continued: "Validation every day of the three most important things in my life: family, purpose and unconditional love. [Heart emoji] Since Grace's breastfeeding journey ended, now felt like the perfect time for this empowering artwork. (sic)"

In September, she marked the 15th anniversary of her dad's tragic death in 2006 when he was pierced through the heart by a stingray barb while filming a documentary.

Alongside a picture of herself with her father and a photo of Grace Warrior, she said: "This sweetheart lights up seeing her ‘Grandpa Crocodile’ on screen. I wish that Dad could hug my beautiful girl.

"It’s been 15 years since he passed away. I hold on to the thought that he’s her guardian angel now, watching over the most special part of my life, Grace. (sic)" 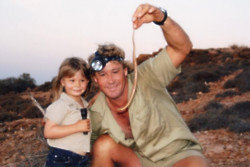 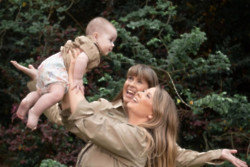 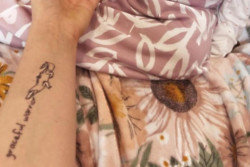