Britney Spears has gushed over her "yummy man" Sam Asghari and called her fiance her "husband".

Britney Spears has referred to her fiance Sam Asghari as her "husband". 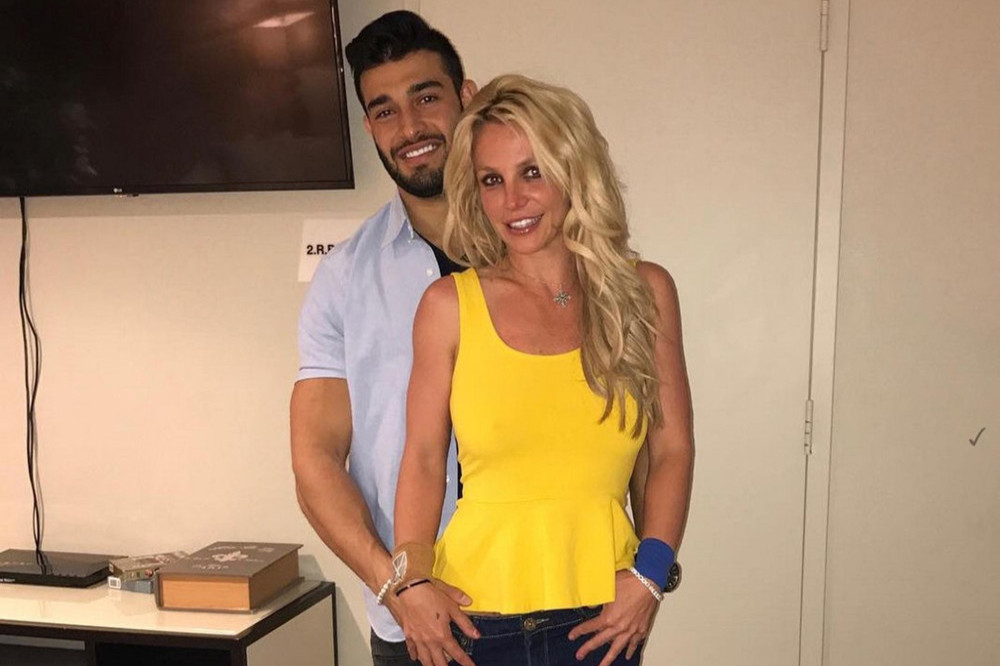 The 'Stronger' hitmaker - who got engaged to the personal trainer in September - has gushed over her man while on a vacation and admitted she is loving being able to "act stuck up" and "talk to others about how I’m getting married", now that she is free from her controlling conservatorship.

Alongside two snaps of her man by the pool, she wrote on Instagram: "Mathew, my lawyer, has been so kind to introduce me to some of the most magical places I’ve ever been to in my life !!! Trust me I know the beauty in where I am and it’s much appreciated … so here’s me shooting pics of my HUSBAND !!!! (sic)"

The 40-year-old pop icon admitted she is loving being abroad where there are no paparazzi "for the first time in my life", as she gushed over her "yummy man".

She continued: "Anyways it’s so mind opening being in a resort where there is no paparazzi … for the first time in my life … I can actually be that girl who can act stuck up and talk to others about how I’m getting married … out at dinners!!!! Acceptance and freedom are my key factors in my life at the moment and also loving this yummy man who I love so much !!! (sic)"

Meanwhile, the 'Lucky' hitmaker is set to address Justin Timberlake’s apology to her in her upcoming memoir.

Britney is planning on responding to her ex-boyfriend’s apology in her new “healing and therapeutic” untitled autobiography she is writing after being freed last year from the conservatorship that gave her father Jamie Spears control over her financial, health and professional decisions for 13 years .

She wrote on Instagram earlier this week: “I’m writing a book at the moment and as it’s actually healing and therapeutic … it’s also hard bringing up past events in my life I’ve never been able to express openly. I can only imagine that I do sound childish but I was extremely young when the events took place.”

“But instead of using my heart, I’m using the intellectual approach as Justin [Timberlake] did when he apologized to Janet [Jackson] and me. Although he was never bullied or threatened by his family, he took the opportunity to apologize 20 years later!!! Timing is EVERYTHING!!!”

It seems she is referencing the apology that the ‘Sexy Back’ hitmaker posted on Instagram after the New York Times’ documentary ‘Framing Britney Spears’ was released and explored the double standards and cruel treatment Brittany received from the press, public and her loved ones.